After two nights in awe-inspiring Halong Bay, a UNESCO World Heritage Site, cruise the Red River delta and its main tributaries, stopping in the rapidly growing Vietnamese capital of Hanoi before venturing into the remote countryside. This exclusive Vietnam cruise combines natural wonders, with fascinating local history, customs, and culture. 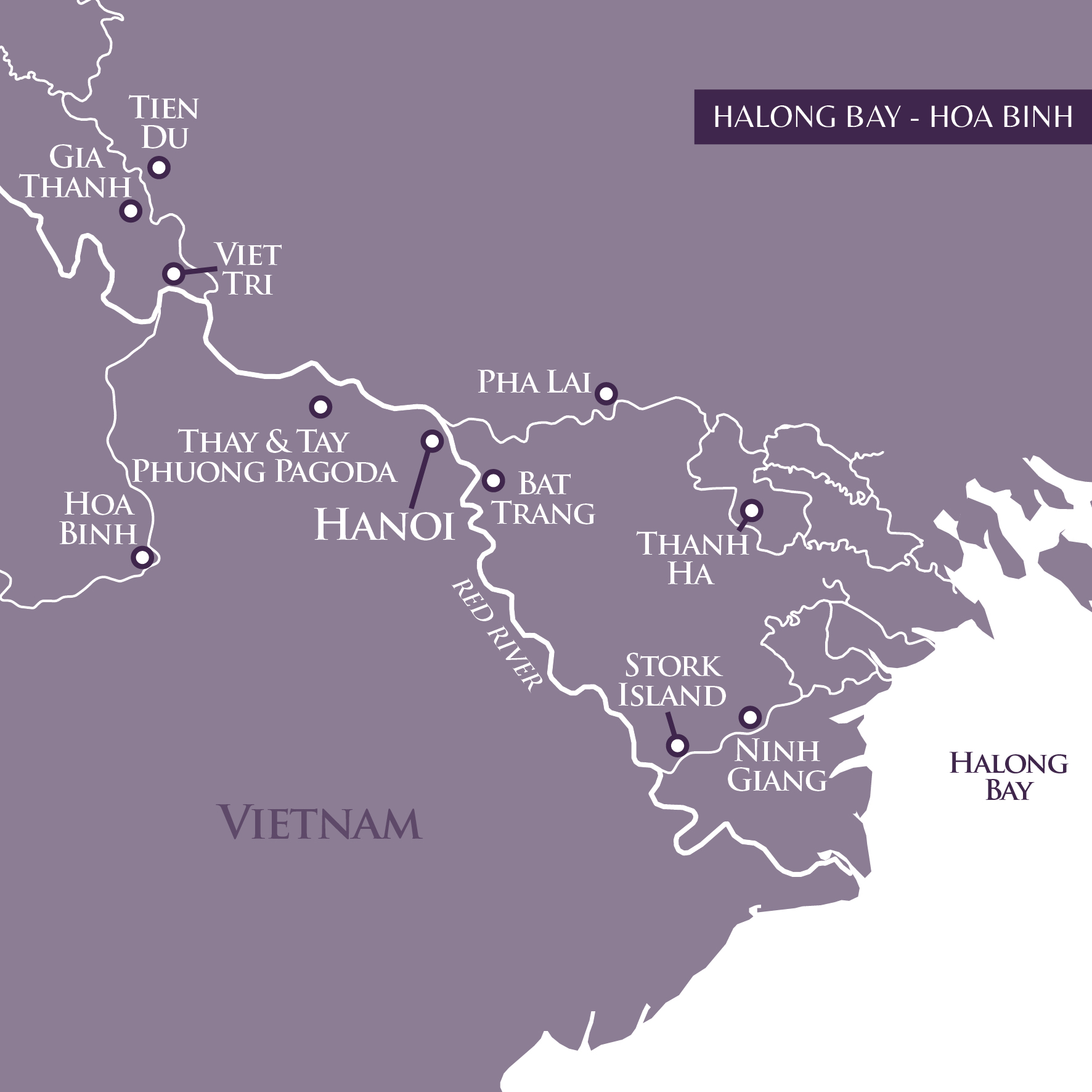 Note: This program is also available in the opposite direction.

Transfer from Hanoi International Airport to Halong Bay, where your luxury riverboat awaits. Cast off in the late afternoon, admiring the awe-inspiring scenery as you cruise the bay. Tonight, drop anchor in a sheltered cove.

With over 1500 limestone islands, dramatic rock formations, and emerald-tinted waters, Halong Bay leaves visitors awestruck. Sail around the bay this morning, admiring forest-covered limestone pillars that date back over 20 million years. Take a local boat to visit a remarkable floating home, and travel by kayak or one of Vietnam’s bamboo basket boats to explore the caves around the bay.

After a morning spent cruising in Halong Bay, enter the river in the afternoon to set sail for Pha Lai. Observe the varied and captivating life on this key commercial waterway.

Spend the morning sailing on the Thai Binh river. Leave the ship for an excursion to Thanh Ha, a village where you’ll see a traditional water puppet show and walk around. Rejoin the ship to continue cruising to Ninh Giang. Here, set off on a walking tour of this pastoral village, where you’ll visit a local market to taste banh cay, a local dessert. Board a coach bus to see nearby Stork’s Island before returning to the ship, where you’ll enjoy dinner.

On the way to Hanoi, discover Bat Trang, known throughout Vietnam for its distinctive ceramics, which feature intricate painted scenes and landscapes.

Arrive in the Vietnamese capital of Hanoi, where you’ll experience this rapidly growing city’s bustling streets on your way to landmarks such as the Ho Chi Minh Mausoleum, the Temple of Literature, and the notorious Hoa Lo Prison, which was often referred to as the Hanoi Hilton by American POWs. In the afternoon, visit a café, where you’ll learn about Vietnam’s coffee production industry, a major source of income for the country for the past century. Finally, enjoy a colourful traditional unicorn and lion dance before re-boarding the ship.

Follow the Red River from Hanoi to Viet Tri, a launching point for the highlands of Vietnam. Ashore, see Vietnam’s postcard-perfect, emerald green rice paddies, interspersed with dramatic limestone rock formations. Of particular interest on the way are the little-known Thay and Tay Phuong Pagodas, which date back to the eighth and 11th centuries and home to exquisite Buddhist statues carved from jackfruit wood. This afternoon, learn about local livelihoods in a carpenter village. Arrive in Viet Tri, the capital of the Phu Tho province in the northeast region of Vietnam, in the evening.

Cruise from the Tien Du ferry station to Gia Thanh, where Vietnam’s characteristic conical hats are made. The sights along the banks of the Lo offer insights into traditional village life. Embark by coach to the Hung Temple, which is considered one of the most sacred historic sites by the Vietnamese people.

Admire the Da river’s unspoilt beauty as you sail downstream. You’ll pass the Ba Vi National Park, which is home to a diverse range of tropical and subtropical flora. After arriving in Hoa Binh, visit the UNESCO-listed village of Duong Lam.

During the First Indochina War, fighting against the French took place in and around Hoa Binh from 1951 to 1952. Home to the Muong ethnic group, Hoa Binh is also home to the largest hydroelectric dam in all of Southeast Asia. This morning, take a boat ride on the dam’s reservoir and visit a Muong village. Tonight, enjoy a traditional performance.

Disembark in the morning, the learn about Muong culture through a visit to a village museum. Enjoy lunch at a local restaurant before arriving at the hotel from which point you will continue your onward journey.

* Price per person based on double occupancy. Due to the dynamic nature of availability and pricing, please click here to contact us directly for sailing schedule and full pricing | 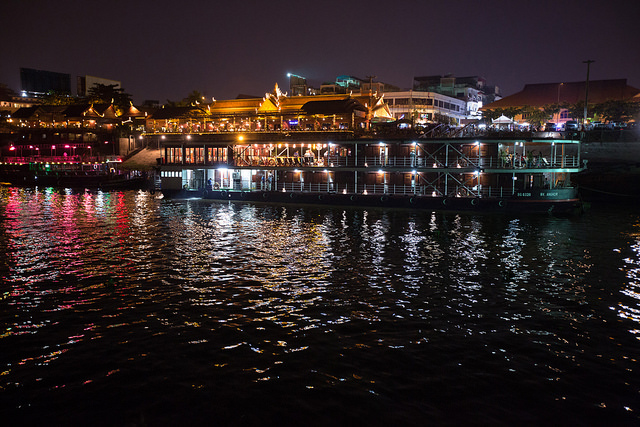 Sister to the Katha and from the same yard delivered in 2013, the only difference with the Katha is an enclosed air conditioned dining room insisted on by an American charterer. Originally on the Mekong in 2015 we transferred her to the Red River in North Vietnam. In fact the enclosed dining room has proved useful as it can be cold up there in winter.